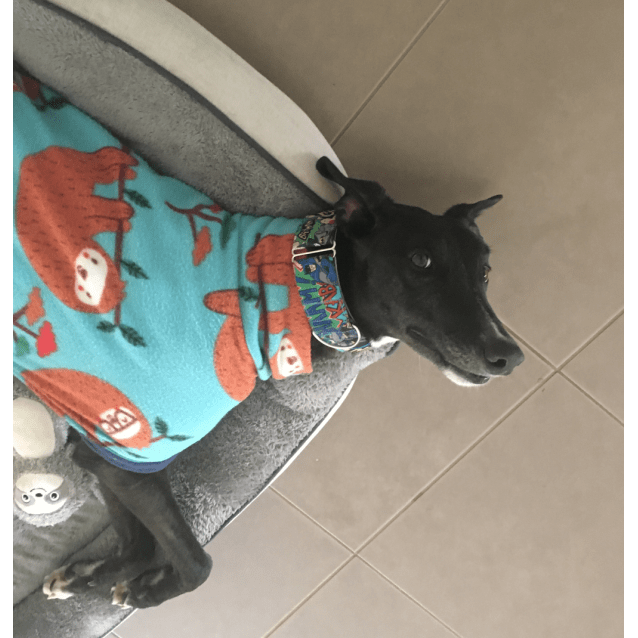 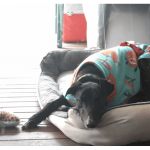 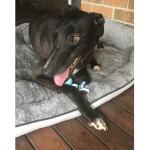 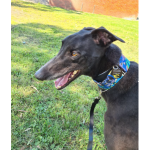 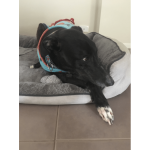 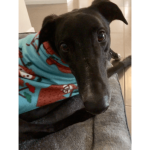 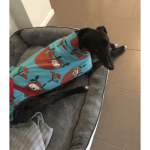 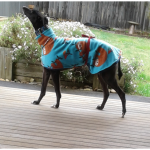 Ready to be adored

Aaron will try anything once! He’s outgoing, vivacious and always up for adventure. If you are looking for a pup that will be a companion in every aspect of life, Aaron is the dog for you.

Aaron has settled into life as a pet unbelievably well. He thinks he’s living the total dream. His days are filled with car trips to exciting places, walks around his neighbourhood to sniff everything in sight and long, lazy sleeps at home, lifting his head occasionally for chin scratches. He loves meeting new friends – whether they are of the canine or human variety, Aaron doesn’t mind! His gregarious spirit craves company so he doesn’t love being left alone. He would do well with someone who is home often or can commit to helping him adjust.

He is a true ‘leaner’ – a common greyhound trait where upon receiving a pat, their entire body weight will collapse onto you in pleasure. He’ll also lean into people when he feels he is not receiving enough attention, just as a reminder that he is there and ready to be adored! Aaron’s cheeky personality is loads of fun to be around. He’s a true performer, doing zoomies backyard so fast you can get dizzy just watching him. After a zoomie session, he will flop onto the floor with his tongue lolling out the side of his mouth, giving him a hilarious, slightly crazed look.

Aaron is well-behaved and attentive for such a fun-loving pup. He would suit an active family who wants a dog who can be true part of the family.

No cat or small dog applications.
No children under six
No full time workers unless working from home post COVID 19.